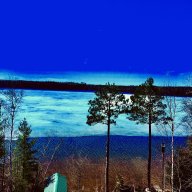 Put the ice back on my lake., Male, from Wisconsin, USA